Paldywan Kenobi beams down in Glastonbury, next week, on Friday evening, 9th September. If you live in or around Avalon, whether or not you know me, it’d be great to see you! I’m really looking forward to this.

I’ll share some tales from my time there, rattling the bars through the eighties, nineties and naughties. Also I wish to share with you a parapolitical panorama of where we stand in the long planetary revolution we’re all variously a part of.

A lovely quote popped up on Radio Four a week or so ago (from an American evangelical, no less) and it’s really pertinent now in the 2020s:

Don’t give up on the brink of a miracle.

I’m an old LSE student protester who didn’t quite give up, an old acid head who’s now tripped out on bone marrow cancer, staggering around on his sticks like a cripple on the wrong planet. Recently I’ve had to align to spirit like never before, to stay alive – death is my personal trainer and the therapy comes for free.

I’ve always been a strange combination of an esoteric extremist and a socio-political activist. The last three years squaring with cancer have been like ten – it was dark down there but there’s gold there too, and I brought some up.

Then suddenly a voice inside said, ‘Ah, we’ve got one more job for you…’. Oh shit, not again. I wasn’t expecting that – I thought I was on my way out. But then, when you enter an edge-treading miracle zone where it feels like your life is at stake three times a week, anything can happen, and it does. So I’m under new instructions, and this gig at the Assembly Rooms is a small part of that.

So this might be ninety minutes of utter crap (though it’s usually interesting), or a special sharing that you might remember longer than the next day. We shall see. That’s why I’d really like you to come – if, that is, you hear a little tinkling in your heart when you read this.

If you can’t make it, I’m doing a five-hour ‘magic circle’ in Buckfastleigh, Devon, on Sat 24th Sept.

The pic here is of Carn Les Boel, a cliff sanctuary near where I live, and it’s a really strong place at the southwestern end of the Michael Line – next stop, the Mayalands of Yucatan, Mexico.

Greetings from the Far Beyond, West Penwith, Cornwall, with love from me. Palden. 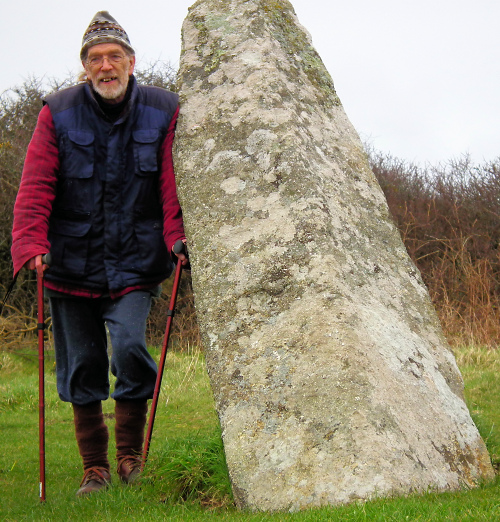